The Contemporary Value of Black Feminism 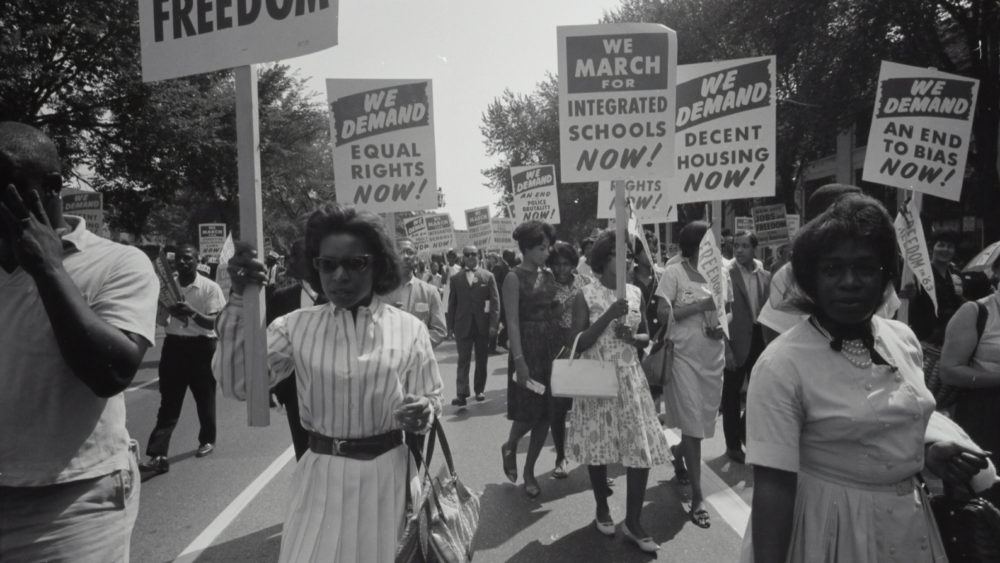 Written by Rochelle Wong, Researcher on The Young People’s Advisory Board.

The quote above has stood the test of time, revealing to us the fruitful and often unrecognised contribution women have made in history. In light of the rise of acknowledgment of Black excellence I would like to rephrase this quote and say, behind every great Black man is a great Black woman. Black feminist discourse has in recent years accentuated the Black struggle by reconceptualising identity, instilling confidence in Black women and creating inclusive critical discourses. Its history has a long and significant story in female marginalisation and mistreatment. The civil rights movement in the 1960s reveals to us that this took the form of exclusion from mainstream feminism because of race and exclusion from Black liberation movements because of gender. Despite this, Black women continued to lead social movements of their own, from the underground railroads in the US to the Suffragette Movement in the UK. The transatlantic relationship between the US and the UK when it comes to Black liberation, can be seen by examining the Black Power Movement’s (BPM) influence on other movements in the US and the UK. For example: the Bristol Bus Boycott in the UK which drew inspiration from the Montgomery Bus Boycott which started in the US. A significant movement which also formed in Britain was the British Black Power Movement. The brains from such a movement came from Althea Jones-Lecointe, who built formal structures to protect Black women from violence, challenged institutions and endured many racial attacks. Another key Black female figure in the UK was Olive Morris, who had advocated for better education and housing in Black communities. These different movements amongst others in the UK and the US were led, supported and enhanced by the presence of Black women who illustrated critical discourses in practical ways.

Sociologists like Patricia Collins, Kimberle Crenshaw and Bell Hooks employed critical race discourse to appeal for the Black female experience. This contributed towards Third Wave feminist which addressed the intersectionality of oppression. Intersectionality, which was first theorised by Kimberle Crenshaw, is a concept that continues to infiltrate social justice movements that acknowledge complex identities. Other strides that Black feminists have made include raising awareness of sexual assault in professional spaces. The Anita Hill Hearing  is a famous example of an experiential catalyst which shifted the direction of mainstream feminism and has led to many modern social movements. Grounded in the need to challenge discriminative and patriarchal practices, movements like: #BlackLivesMatter, #BlackGirlMagic movement and #MeToo have thrived off of black radical feminism with Black women consistently addressing inequality in all areas of society.

Black women have worked hard to assimilate towards different cultures and to remain resilient during periods of oppression. They have often been placed in position that have them place race over gender. However, Black women and their discourses have significantly influenced our approach to gender politics. Black women have mastered the art of selectively repressing personal desires for the benefit of a greater cause during racial tensions. So, what are young people thinking? Young people have been advocating for gender equality and speaking out against harassment through movements like: MeToo .They have engaged in the development of critical discourses by arguing for the retrieval of historical ideologies. Ultimately, continuing to gravitate towards recognising and empowering all women. The Young People’s Advisory Board wishes to extend these sentiments by recognising modern viewpoints and reviving historical perspectives.

To find out more information about The Young People’s Advisory Board, please email us at info@tbpi.com or follow our Instagram @ypab.tbpi.