Student Nonviolent Coordinating Committee: The Role of Youth Leadership In A Movement 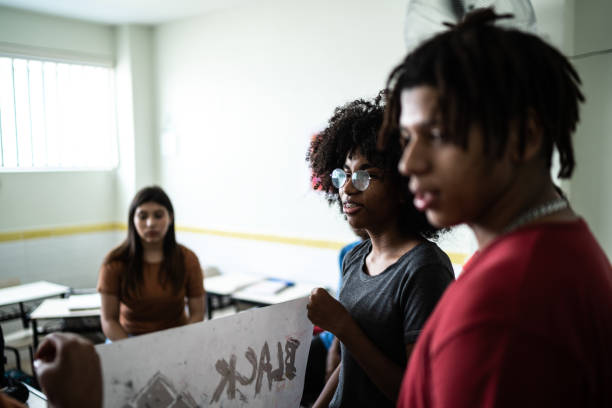 US Chair of the Young People’s Advisory Board

Throughout many lifetimes in the US, Black Americans have mobilized political organizations to ensure the safety, security, and prosperity of life for our communities. Some of the most noteworthy organizations you may have heard of are the National Association for the Advancement of Colored People (NAACP), Black Lives Matter, the Black Panthers, and The Southern Christian Leadership Conference (SCLC). Dozens more Black Political organizations are etched in history for their service. Let’s bring our attention to a group of youth leaders who took action during the Civil Rights Movement and made an impact as one of the strongest human rights organizations in the country, the Student Nonviolent Coordinating Committee (SNCC).

SNCC was originally established on April 15th, 1960, by a group of young, Black college students at Shaw University in Raleigh, North Carolina with the help of Ella Baker. Ella Baker, a veteran civil rights activist who played a major role in the NAACP and the SCLC, gathered more than 200 student leaders of the Greensboro, North Carolina sit-in. She intended to bring young activists together and offer her knowledge as a mentor. She believed in crafting the next generation of leaders by sharing her insights and tactics to create social change. Originally, SNCC was intended to be a youth wing of the SCLC, however they became autonomous and performed activism that aligned with the goals and perspective of young people. Just one year after its formation, SNCC became a large driving force in the southern civil rights movement after their involvement in the Freedom Rides.

The Freedom Rides occurred as a result of the Boyton v. Virginia Supreme Court decision in 1960, which held the Interstate Commerce Act of 1887 bans all forms of segregation in facilities associated with interstate travel. SNCC collaborated with the Congress of Racial Equality (CORE) and the SCLC to travel on buses from Washington, DC to Jackson, Mississippi. The purpose of this operation was to garner enough national attention to pressure the federal government to enforce the Boynton decision. Courageous students endured vicious attacks from segregationists all throughout the journey. When a mob of over 100 people in Anniston, Alabama attacked the riders and firebombed one of the buses, CORE sought to put an end to the campaign. However, the student activists of SNCC were determined and firm to not give up, so they continued the journey. Although the students faced more opposition and were arrested when they arrived in Jackson, Mississippi, the operation was a success. Due to public outreach and media coverage of the Freedom Rides, the Interstate Commerce Commision enforced even stricter guidelines to ensure the ban of segregation on interstate travel. This action was a major success spearheaded by SNCC, which emphasized the need to coordinate the perspective and actions of youth leaders to advance policy rights for the Black communities.

This logic can be applied in the US and the UK at any time. The perspective and participation of youth leaders are what allows the next generation of political organizations to grow and continue the work of previous ones. Youth leaders can observe strategies that were successful or unsuccessful and adapt their approach to fit the actions that are necessary to reach the intended goal. Of course, as we saw with the mentorship of Ella Baker and the role she played in forming SNCC, the wisdom and experience of the previous generation is an invaluable reference point for the development of new leaders. In comparison, The Black Policy Institute and the individuals involved act as mentors and set the platform of the Young People’s Advisory Board as a new group of trailblazers to change ongoing policy issues in Black communities across the Atlantic.

If you would like to learn more about the Young People’s Advisory Group and the Black Policy Institute, please reach out to info@tbpi.com