Economic Reparations Continue To Remain A Dream For African Americans 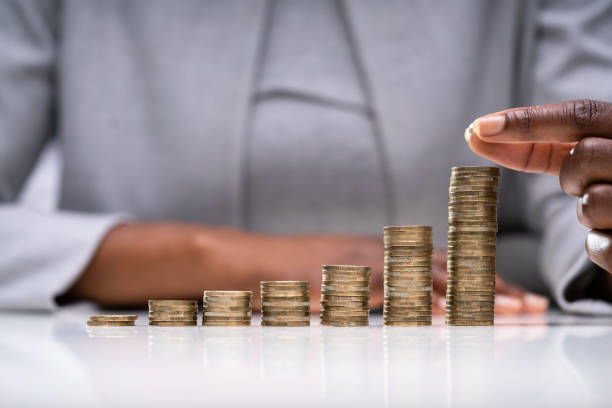 Written by Nadjah Osman, UK Chair of The Young People’s Advisory Board

The economic history of African Americans has seen them navigate the journey from enslavement to freedom. Slavery was America’s first big business that enabled the country to transition from a colonial economy to the second biggest industrial power in the world. The  enslaved were America’s largest financial asset and continued to be America’s most exported and valuable export. The plantation owners and overseers created a system that sought to maximise efficiency, to create a strong financially backed system they worked in tandem with  networks  of bankers and accountants that supported them in taking out lines of credit and mortgages. In this financial network, the enslaved were used as collateral for mortgages, sometimes using the same enslaved workers for multiple mortgages. Wealth was exclusively in the hands of White Americans at the expense of the commodification of African Americans.

In 1865 Emancipation Day was thought to usher in an era of Black wealth creation. African Americans now had the opportunity to earn incomes, degrees and hold property. African Americans used the power of organisation and group economics to found new schools, universities and businesses. The economic progress of African Americans was driven by three major forces. Firstly, both inside and outside the South, over time the educational attainments of successive generations of African Americans came close to that of white Americans. Secondly, African Americans moved to take advantage of the rapidly increasing urban labour markets during the Great Migration. They travelled to the northern, mid-western and western parts of the US throughout the early 1900s to the 1960s.  Finally, pressure from the civil rights movement to end racial discrimnation in labour markets resulted in equal opportunity in law, managerial and hiring practices. Throughout the 1900s, we see the rise of African American economic hubs, bustling with businesses and financial advancements.

A neighbourhood in Greenwood, Oklahoma that offered Black citizens less than six decades out of enslavement economic autonomy and a three- dimensional life, came to be known as Black Wall Street. Economic growth was driven by the community-centred vision of mutual support. The community hired Black employees from Greenwood for housekeeping and other service-based jobs. Black businesses purchased from each other, whilst wealthy Black entrepreneurs would take out loans from white banks, to support entrepreneurs.  The neighbourhood thrived due to the practices of group economics in all business areas. It is important to acknowledge, the seed money that enabled Black Wall Street to boom was due to US treaties compelling five Native American slave-owning tribes to share tribal land, resources and rights with freed Black people who were enslaved. This financial stability allowed Black Native American Freedmen to start businesses, farms and ranches that helped give rise to Black Wall Street. Black Wall Street is a success story of Black entrepreneurship, group economics and autonomy. The community successfully leveraged policy , black networks and innovation in their favour.

Unfortunately, the Tulsa Race Massacre resulted in the neighbourhood’s economy being completely destroyed and the loss of generational wealth.  An estimated $27 million was lost in property claims. The Tulsa Race Massacre was a result of anger from White Americans towards Black economic prosperity.  The loss of Black Wall Street proved to be an economic and psychological hit for African American communities. Financial freedom has continued to be a challenge to achieve as systemic economic hurdles prove difficult to overcome.

Although significant economic strides have been made by successive generations of African Americans, economic emancipation still remains a dream for many. Systemic resistance in America, continues to be rife but in a more coded format. An economic analysis of African American communities has shown,the median annual wage for Black workers is approximately 30% less, equating to $10,000 lower than that of white workers. The net worth of a typical white family ($171,000) is nearly ten times greater than that of a black family ($17,150). There is an estimated $220 billion annual disparity between Black wages today and what they would be in a scenario of full parity, if Black representation matched the Black share of the population across occupations. Black workers are overrepresented in low-wage occupations and underrepresented in higher wage occupations. The legacy of wealth accumulation during enslavement continues to have implications in all areas of the political, economic and social experience of African Americans.

This has been compounded with the effects of the pandemic. COVID-19 has limited and delayed social mobility opportunities for young people who sought to enter the job market after graduating. In some cases, the pandemic has stifled the trajectory of Black professionals’ careers. Changing business practises in response to the pandemic, has made it harder for Black employees to advance organically from entry-level to managerial jobs. Interventions such as diversifying hiring and promotions, strengthening education pathways and improving the quality of jobs held by Black workers has been suggested;however the only way to truly level the playing field would be through reparations.

The case for reparations continues to be a topic which invites a barrage of questions. Reparations by the federation government would offer some restitution to descendants for the centuries of enslavement and suffering endured. Firstly, Who will be paid? How much will they be paid and how will it be calculated? For a country to be built on the backs of the enslaved and as a result become an industrial power because of their work, it is illogical to refuse the case for reparation. Reparations would work by alleviating the legacy of racially biased policies. If corporations and academic insitutions such as: JP Morgan Chance, Lloyds Banking Group, Harvard and Yale profited from slavery, why does it seem far fetched to offer reparations when the wealth generated from slavery is still with us? A nation that began with Black plunder and white democracy must face it’s history head on and show how far it has come, by proceeding with reparations.

In contrast, Native Americans received land and billions of dollars for various benefits and programs for being forcibly exiled from their native lands. Japanese Americans were paid $1.5 billion to those who interned during the First World War. Black Americans are the only group that have not received reparations. There have been several missed opportunities for reparations. However, today reparations could look like individual payments for descendants of the enslaved, college tuition to four year or two year colleges and universities for descendants or student loan forgiveness. Economic emancipation, is the final step for unlocking true freedom as the power of the dollar in a capitalist society, reigns supreme.

As the UK Chair of the advisory board, we are keen to create policy changes to address discriminative  legacies of the past. There are variations of what African Americans think will work in tackling the inequalities created by history, which is why it is important to keep these conversations going in order to galvanise support for economic reparations. Feel free to email info@tbpi.org for more information and follow our instagram @ypab.tbpi to keep the conversation going. What ideas do you have to repair the damage created by this legacy?